Voices of Ruin signs with M-theory!!!

Voices of Ruin is very pleased to announce that we've signed with the might M-Theory Audio!!! Marco and his team have a great deal of experience in the industry and we are excited to parter with M-Theory for the next couple Voices of Ruin releases! More news about the new album coming soon!!!!

With M-Theory Audio; New Album 'Path To Immortality' (produced by Logan Mader) Due This Spring The Orange County, California-based melodic death metal quintet Voices of Ruin – who bested dozens of unsigned groups to serve as America's representative in the 2018 Wacken Metal Battle USA – have signed with M-Theory Audio. The group will release their third album, “Path To Immortality,” in the spring. Since brothers Dave (vocals) and Tom Barrett (guitars) founded the group more than a decade ago, VOICES OF RUIN have performed extensively in support of their two self-released albums, 2010's “Into Oblivion” and 2015's “Born From The Dark.” In 2019, the band returned to the studio to record “Path To Immortality” with former #Soulfly / #MachineHead guitarist Logan Mader (#Gojira, #SepticFlesh). More information on the new album will be unveiled in the coming weeks. “Voices of Ruin is very excited to announce that we'll be collaborating with M Theory Audio for the release of our next record,” explains guitarist Tom. “This record is absolutely crushing and we believe that Marco and his team will do an excellent job of helping us push things to the next level. The team at M-Theory has a wealth of experience in the ever-evolving metal scene and a roster of insanely talented bands. Voices of Ruin is extremely honored to be a part of the team and we look forward to shredding the world on this next album cycle. Rage! While vocalist Dave expands, “Following the successful release of our first two albums, we felt that it was time to push this beast further and work with a label that can really support us. It was also important that we find a team that operates in a brotherhood/family style atmosphere that complements our camp here at Voices Of Ruin! We feel strongly that Marco and his team are a perfect fit for this next chapter for VoR. We couldn't be more excited that M-Theory believes in this record as much as we do! We are ready to shred with beers held high to support this next musical adventure! So...who's ready to PARTY!!!” “I’ve been aware of Voices of Ruin for several years, as they are a staple of the So Cal metal scene and there’s no doubt their commitment and work ethic as all they’ve achieved locally and moreso touring internationally as an unsigned band,” comments M-Theory Audio’s Marco Barbieri. “My interest was raised when witnessing the band crushing their competition in the Wacken Metal Battle and getting to know the guys on a more personal level afterwards and seeing first-hand their fierce determination. Ultimately when they shared tracks from their new album I was blown away as the songs, playing and production are all on another level with such a fine mix of dark melodies combined with aggressive heavy music that I knew we had to get involved.” VOICES OF RUIN describe their sound as an epically-crafted blend of classic heavy metal and modern death metal that also pays homage to the traditional Scandinavian melodic death metal sound. In addition to winning the U.S. Wacken Metal Battle in 2018, The group supported Vader across North America on the 2017 “Strike Of The Empire” tour; toured Europe with Internal Bleeding and Sacrificial Slaughter (Official); toured Japan with #Vader and #Hate; and performed extensively in Southern California alongside a number of notable acts, including #MorbidAngel, #Trivium, #Devildriver, #DarkTranquillity, #Amorphis, #CattleDecapitation, #DyingFetus and #Origin. For the past five years, the band has also organized the annual Ruinfest festival, a celebration of California's extreme metal scene that has featured the likes of #Fallujah, #Exmortus, #Pessimist, Skeletal Remains, Helsott, Empyrean Throne, Sicarius and Letum Ascensus. VOICES OF RUIN's next live appearance will take place in Anaheim, California on Jan. 25. The band will also support #Insomnium and #OmniumGatherum in Santa Ana, California on April 3. For more information, visit www.facebook.com/voicesofruin

Check back soon
Once posts are published, you’ll see them here.

Path to Immortality Out Now!!! 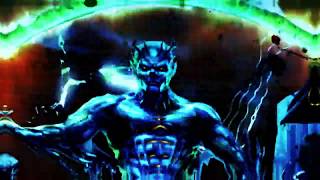 Voices of Ruin with Insomnium in April!!!

Voices of Ruin signs with M-theory!!!